We receive this question a lot from clients.

“Prana Endura? What does that mean?” 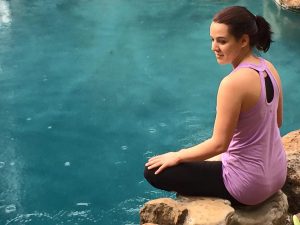 Well, the answer is actually pretty convoluted, because the word and idea of Prana does not necessarily have a literal translation into English. The concept is quite philosophical.

There is an old story from the Vedas, a collection of religious texts from India, that expresses some of the yogic philosophy around the idea of prana really well:

The five main faculties of our nature—the mind, breath (prana), speech, hearing, and sight—were arguing about which was the most important. To resolve the dispute they decided that each would leave the body in turn to see whose absence was missed most. First speech left, yet the body continued to flourish though it was mute. Next the eye departed, yet the body flourished though blind. Then the ear left, yet the body thrived though deaf. Finally the mind left, yet still the body lived on, though it was now unconscious. But the moment the prana started to leave, the body began to die. The other faculties were rapidly losing their life-force, so they all rushed to prana, admitted its supremacy, and begged it to stay.

This is an old Vedic story, slightly different versions of which are found in various Upanishads. The argument in the beginning represents the ordinary human condition in which our faculties are not integrated, but compete with each other for control of our attention. When prana leaves, it becomes clear that prana gives energy to all our faculties, without which none of them can function. Thus the moral of this story is that to control these faculties, one must control the prana.

The idea of prana encompasses not only our breath but our essential life force. It can be thought of as the basic energies that form and maintain who a person is as an individual. It is often associated with nature and natural forces, including movement (like the flow of a yoga or massage session). Part of our philosophy at Prana Endura is acknowledging the gorgeous and mystifying truth that we all somehow manage to co-exist as living, breathing, moving entities in a fascinating and complex universe. Awe of this truth helps us to respect and care for ourselves and others. It is the spirit of the word namaste. It is the spirit and inspiration for our disciplines and the care that we offer.

Endura is a little easier to explain. It’s from the Latin root that has evolved into the word “endure” in our own language, meaning to persist and thrive over time, perhaps despite odds. It is one of the greatest honors of our profession to witness others’ prana persist and endure, and evolve, as they seek health in their bodies, minds, and spirits. 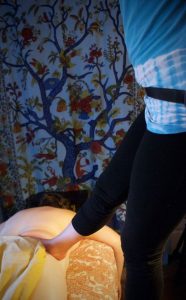 Both words together could be taken to mean, in simple terms: “Enduring Life-Energy.” However, that doesn’t seem to quite encapsulate it all, does it?

Prana Endura as a business name means a lot more to us, and in more precise though less concise terms, it means: “There is a mysterious energy and element to the universe that binds us all together as individuals and as a community of living beings, and this energy persists in us, allowing us to change and evolve in marvelous and awe-inspiring ways.”

We are so proud to witness that in our clients, and do all that we can to encourage your wellness and healing journeys.